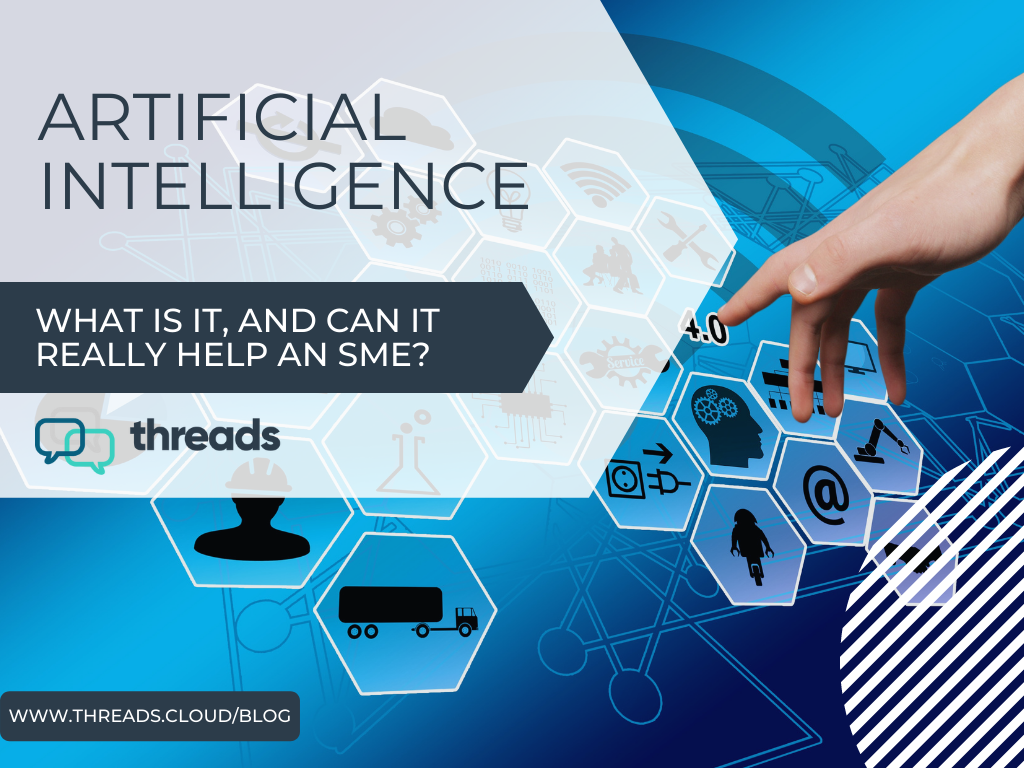 It was Alan Turing who first discussed “Machine Intelligence” in his seminal 1950 paper for Mind “Computer Machinery and Intelligence.”  Although we freely interchange the terms “machine”, “artificial” and “computer”, it is the “Intelligence” that is significant. What did he mean by it?

For Turing’s definition to be true, it did not matter what was at the other end of the terminal – it could be a machine made of wheels and cogs.  If it fooled you, it was intelligent.

Unfortunately, we seem to have lost sight of that original definition and are more concerned with how the machine works than what it does. You may have come across processes called neural networks which attempt to model how the human brain works in solving problems. These work by learning –  rather than being taught. So, for example, a traditional approach to pronouncing Italian words might be to store the rules – which by and large (and unlike English) are consistent. Using a neural network approach you would verbally  input a large number  of Italian words to a computer, then provide the spelling, and, eventually, the neural network would work out the rules.

The benefit of neural networks is that the programmers don’t need to understand the rules. Indeed, in some cases, nobody even knows the rules so there would be no way to code them (for example identifying cancerous cells at early stages)[CM1] . However the downside is that they can require massive amounts of computing resources, and much training. This tends to restrict them to services provided by the international IT monoliths, which is possibly one reason why so many people believe they can only benefit from intelligent services provided by the likes of Google, Apple, Microsoft and Amazon.

In reality, the most basic service can be intelligent and benefit  an SME. At one time, we had to control the temperature in our homes by putting more wood on the fire. A thermostat must once have seemed intelligent (if not magic) because it would have been difficult to believe a human was not controlling the temperature.

So, where does that leave the SME? Well, provided we base our choice of intelligent IT on how it can replace an employee and not on the logic by which s/he operates, then the SME can benefit.

The problem with describing neural networks as intelligent is that while they may provide a massive amount of computing power, they might not actually be able to fool us.

Let’s take automated telephone assistants for example. For sure, a computer which nominally performs all the tasks of a telephone operator will be far cheaper than a human telephone operator. And it will work 24/7, rarely be off sick and take no holidays. But if every caller has to go through an average of five  options and repeat their account number six  times before eventually completing their transaction, eventually they will lose customers. This takes time. In the case of the banks, it is the ones that are moving away from automated telephony that seem to be attracting customers.

Sadly, there are not many banks – even though new challenger banks are still entering the market –  and the freedom to change is somewhat restricted. But this is not the case for SMEs.

Before we take the moral high ground about replacing people with machines, we should bear in mind that it is not always that easy to find  good staff. It can be hard to find a telephone operator with an engaging personality. The wrong employee can give a worse first impression of a company than a good machine.

SMEs need to consider automation from a range of perspectives – including being able to record, file, and quickly receive, all messages (voice and text) relating to their business.  This is already possible today through sophisticated but inexpensive technology, but despite its many uses – for record keeping, legal and other queries including GDPR and much else – many businesses are simply not yet doing it. And there can be no doubt, this technology is “intelligent” – it does things that humans would do if they had time.

So to summarise, how should an SME decide if “artificial intelligence” can help their business

In any event, there can be no doubt that as we better understand what humans do, we can make machines to do it better. The important thing for an SME is understand how that can be levered [CM4] without costing more than it saves. Indeed, this is the same process for every technology required to run  a business.

This article was previously published in SME Technology Guide.