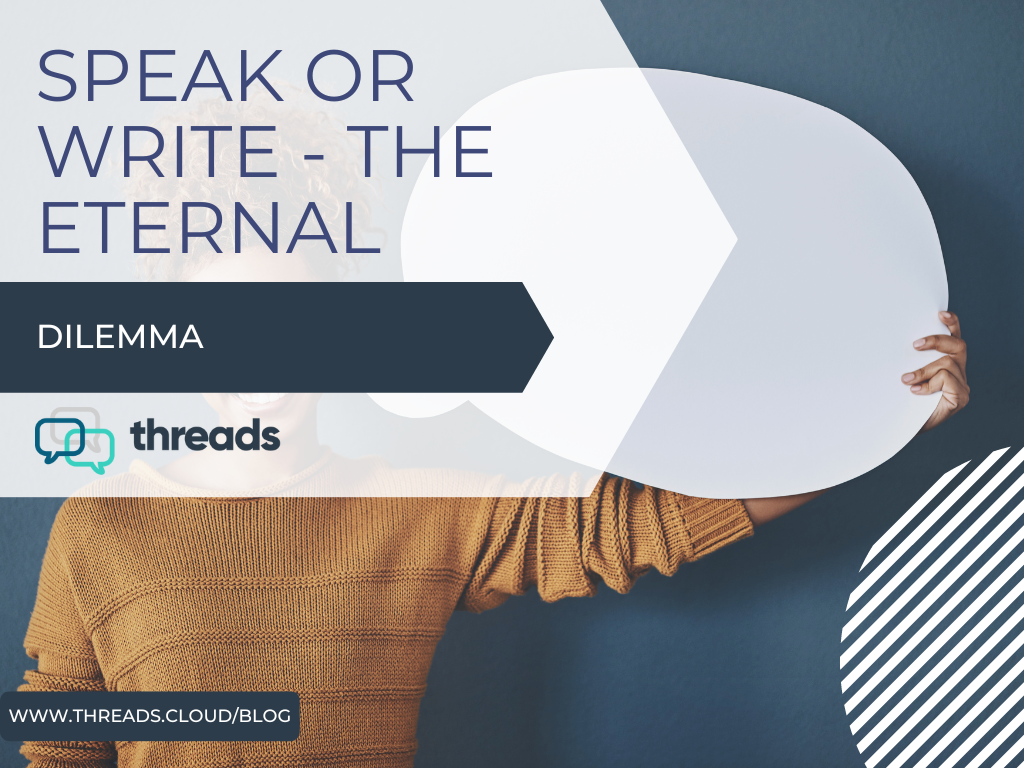 Why the predicted demise of email is wrong

For almost as many years as it has been in use, the imminent demise of email has been predicted. Yet email traffic continues to grow despite competition from other forms of digital communication and people are at last accepting email as an intrinsic part of business existence.

The reasons for the immortality of email are deep rooted and while many other mediums may compete, our addiction to email results largely because it is:

But let’s not get distracted by the reason email has continued to flourish, the fact is it has.

There are several reasons why we write rather than speak. These include:

But what if there is a better way?

However, many times we simply forget the idea of picking up the telephone or physically meeting someone.

This is a real shame because despite all its disadvantages, a verbal conversation carries many advantages. It gives both parties the opportunity to set the record straight before any misunderstanding. It also involves masses of repetition and seemingly redundant information.

“Seemingly” because very little information is ever redundant. It may not relate to the main subject but at some stage it will come in useful. Even if just to cement a relationship.

The future of email

There is, however, one area which technology has caught up with. That is “we might forget things we say.” Surely, this implies we can convert speech into the written word – we call this Automatic Speech Recognition or ASR for short.

ASR can now transcribe telephone conversations to accuracies exceeding 80%. That may not sound as good as a human, but, in fact, it is.

Humans are not that good at recognising words, they are certainly worse than machines. What they are good at is understanding speech – that is working out the meaning from the speech and all the information not contained in the raw speech.

Humans do this from a knowledge of the person they are speaking to, their language, grammar, linguistics, psychology and most of all, familiarity with the subject matter. The machine has none of this. But it could.

A lot of this information is already available from other sources – if only the machine could obtain it. And one of the richest sources is emails because an email between two parties often contains a lot of the information necessary to provide great transcriptions. The subject matter, the words, in fact the overall context. And so, perhaps the demise of email is not so likely after all.

This is our approach with Threads and the reason we try and obtain every viable source of information to provide the best possible transcriptions.

So next time you swear at Siri or Alexa remember that unlike Threads, they have only got what you say to go on. Threads uniquely looks at what you write too. Give it a try.