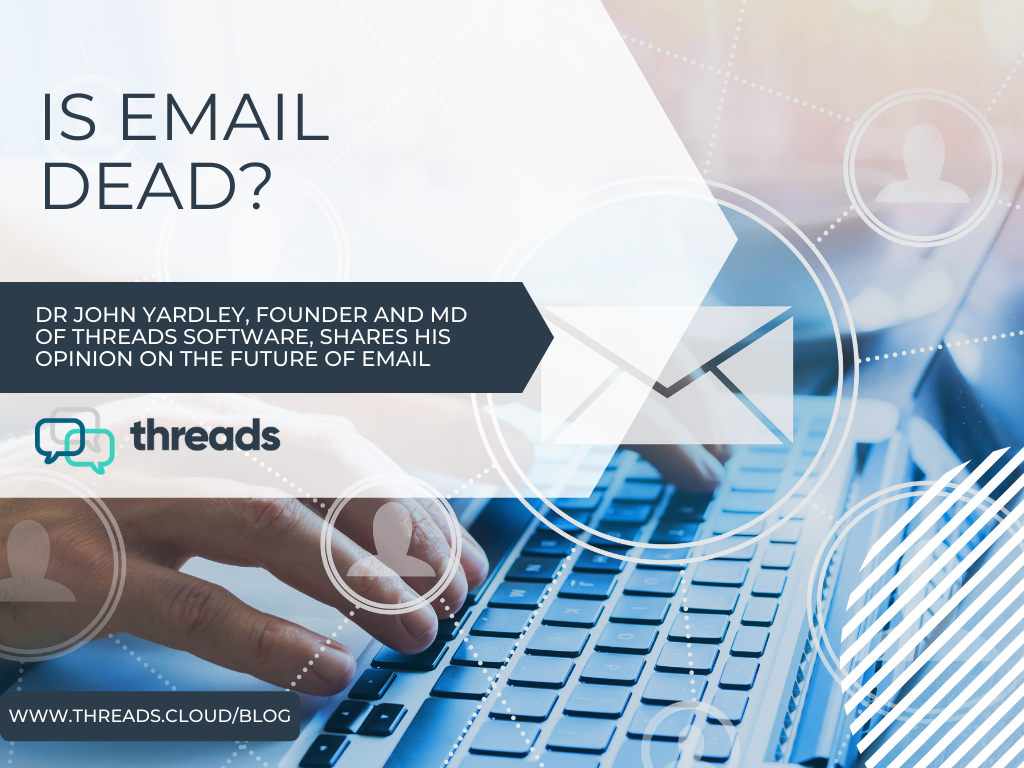 For almost as long as email has been in existence, its imminent demise has been predicted. And to be honest, although it was a long time back, I was one of those that predicted it.

However, the reality is that, despite the growth and prominence of mobile messengers and chat apps, e-mail is an integral part of daily online life. According to Statista, in 2018, the number of global e-mail users amounted to 3.8 billion and is set to grow to 4.4 billion users in 2023.

But in fairness,the reason I predicted its demise was, by a process of survival of the fittest, subsequent fixed. In so doing, email has become something that is much less likely to die.

Email is here to stay

That reason was “lack of open standards”. That is, a set of rules that all manufacturers can agree on. The rules can be owned, but to be open, they must be freely available without the payment of any royalty.

Open standards can range from the metric system for weights and measures to the portable document format (pdf), copyrighted originally by Adobe.

When a manufacturer comes up with some new idea, there is always the temptation to keep things secret or, as we say, proprietary.

By making things open, you also allow access to the market to everyone else, and hence to the competition. But the upside is that you also massively increase the size of the market.

In general, the benefits of making something open outweigh the extra profit you can earn by keeping inventions proprietary.

The rise of the paperless office

In the early 90’s, the idea of the paperless office was becoming a reality. This was largely down to the Internet  – the first really open standard for networks. And without necessarily any intention of cornering a market, dozens of different email systems soon evolved – none of which could communicate with each other without special “gateways”.

Because email was not some patentable concept, there was not a great deal of advantage in owning a proprietary email system – which was my argument predicting its demise – and fortunately developers soon realised the benefit of standardising on a set of rules for exchanging emails

So what an email user now has is complete independence from the device (computer, phone, laptop, etc) and the email application (Office365, Gmail, Macmail, etc) in use. A Mac user can, for example, send an email to someone using an Android phone and not worry about whether the recipient can read it, or on what device he/she happens to be logged in to at that time.

The same cannot be said for Twitter, Facebook, Slack, SMS, Whatsapp, Skype, etc. They all use proprietary rules and rely on the recipient subscribing to the chosen service. Bizarrely, all the “social media” applications require an email address to open an account!

Provided you have an email account, you can communicate  “out of the box” with any other email user with any device. Furthermore, it is possible to write your own applications that communicate via email. This is not always possible with proprietary message exchange systems.

There is a similar set of “open” rules for exchanging voice messages or telephone calls. Can you imagine how difficult life might be if users of Cisco phones could only communicate with other Cisco phone users?

But there is another reason why email is so popular. That is attachments. Email users can attach any kind of document to their emails. They can and they do – in their trillions. Documents, videos, pictures, spreadsheets, you name it.

There are more efficient ways of exchanging documents than as email attachments, but by attaching a document to an email, users get two massive benefits:

When you attach a document to an email, the email provides a significant amount of context – the sender, the recipient, the time it was sent, plus all the other information in the message itself. This information is vital for finding the document at a later date. We humans are notoriously bad at filing, but if we use email we can search for a document using information that would otherwise be lost if we simply transferred the file.

And while email servers were never intended to store user files, that is how we have ended up using them. Many users will not bother filing attachments when they know they can download them at any time in the future they wish. They also know that it doesn’t matter where they are when they want to access their files.

So while social media maybe cool, until it becomes open, it is unlikely to  ever compete with email.

The technological change that is most likely to affect the use of email in business is not social media but automatic speech recognition – ie automatic transcription of phone calls, rendering them searchable just like emails, and rapid search technology enabling easy retrieval.

There are many reasons why we tend to send an email rather than pick up the phone but the inability to search phone calls would certainly feature near the top of the list. We live without this in the same way we lived without being able to search hard-copy correspondence three  decades ago.

If today you told email users that the only way they could find a specific piece of correspondence was to read everything they had exchanged, they would wonder if any time might be left in the day to do other work. Yet we expect this of emails but not of phone calls, even though the technology is already there to search them.

The importance of context

Most people might be excused for thinking that speech recognition by computer is worse than it is. In fact, the ability of computers to recognise individual words is as good, if not better than a human.

What computers are less good at is understanding speech.

The human recognises words not just from their acoustic sound but from many other sources of information which we may collectively describe as our old friend context – knowledge of the speaker, his/her accent, the expression on his/her face, the hand gestures, the subject matter, previous discussions, the list is endless.

Visual sources are unavailable in a telephone call, but one way of making up for this is to examine email correspondence. If a phone call between two parties has been preceded by an email exchange then there is often a significant source of information that can be extracted from the email to greatly improve the performance of the speech recognition.

The technology to filter this is already available and VOIP users should already be thinking about using call recording technology to make voice messages searchable as their business grows.

So while social media maybe cool, until it becomes open, it is unlikely to  ever compete with email. And even though so-called Artificial Intelligence is making some breathtaking advances in communication technologies such as speech recognition, for a variety of reasons, it will never completely replace the need for a written exchange. And, if anything, will rely upon email as a highly valuable information source.

Email remains the backbone that drives commerce and as an open standard it will continue to evolve. 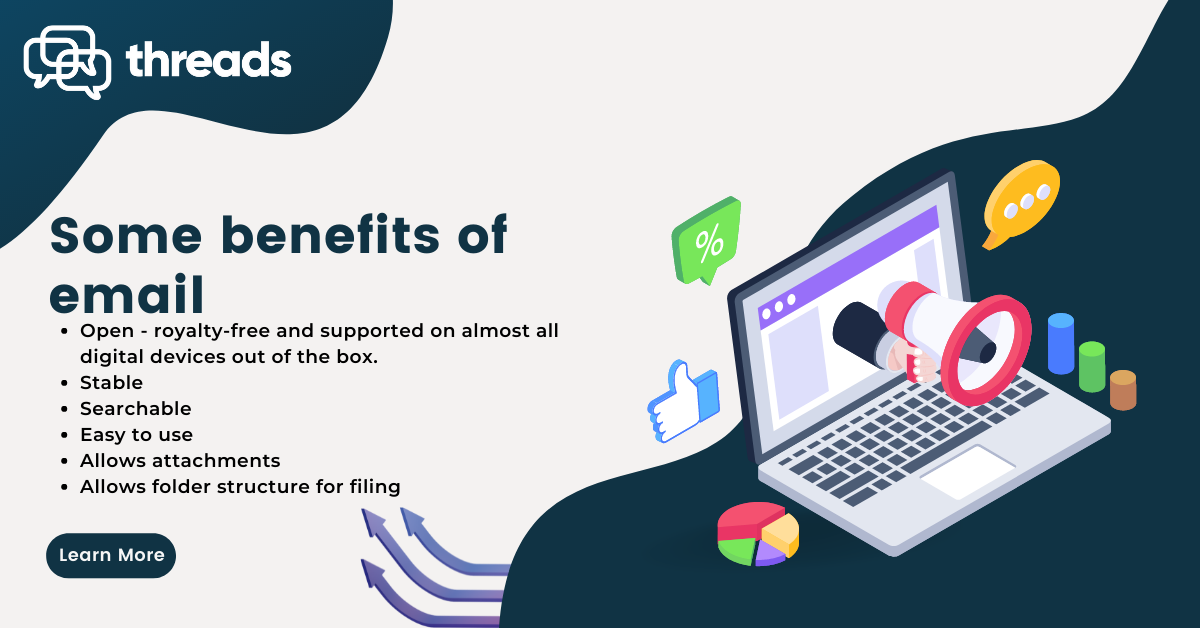 This article was previously published in SME Technology Guide