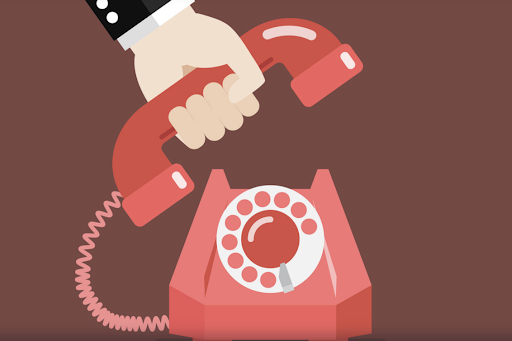 I make stuff. Sometimes it amazes me that I am struggling with a power tool when a hand tool would be much quicker and easier. And the same is true for messaging – be it an email or text – I often do it when it would be quicker and simpler to pick up the phone. We are all the same but why do we do it?

The Benefits Of Email

So let’s examine the benefits of email..

The Disadvantages Of Email

But there are downsides too..

Don’t think this just applies to email, many of these disadvantages apply to all forms of digital messages such as SMS, WhatsApp, etc.

So given all these downsides, it is surprising we don’t pick up the phone more often than we do. But the reason we do is simply that the advantages outweigh the disadvantages – or at least we think they do.

One of the biggest advantages of messages is that we can search and recall them at will. The majority of time spent with any message system is retrieving historic messages and documents and this outweighs all the disadvantages. Or does it?

If you can store and retrieve your phone calls at will, then you get back some of the advantages of email. Surprisingly to most business users, their calls are automatically recorded, yet they cannot retrieve them at will. Modern telephone systems automatically record calls yet these are only ever accessed in the event of some emergency – like the firm gets sued!

Yet there is a massive amount of free information in these calls which is crying out to save a company money and embarrassment. Just think how often you have scribbled notes that you cannot read? Or tried to relate a call to a colleague? Or not remembered something?

By sharing call recordings routinely – instead of treating them like the crown jewels – you not only make life easier, you save a lot of time wasted on inappropriate emails.

But you can’t search phone calls? Oh yes you can.

You may have heard of automatic speech recognition (ASR) and if you are forced into using it by your bank, it might have got a bad name. Yet despite appearances, ASR has reached the stage where it is almost as good as human in converting crucial speech into text. While it may be a while before it performs a perfect transcriptions, it is very good at identifying the sort of words you want to search for. You never search emails for “and” and “but” yet you are highly likely to search for some multi-syllabic word that conveys a lot of meaning. This is just the sort of word ASR thrives on.

As you might expect, I would not have got this far without proposing a solution to this, which is exactly what Threads is. It aggregates both messages and phone calls for a whole company so they can be searched by users at will, not just selected individuals in the IT department.

But that is not the point, how you achieve access to your emails and phone calls is up to you, but next time you send an email instead of picking up the phone, think about whether that is the best course of action. Even without Threads, people often tend to treat email like power tools, using them when a phone call would be cheaper, easier and quicker.